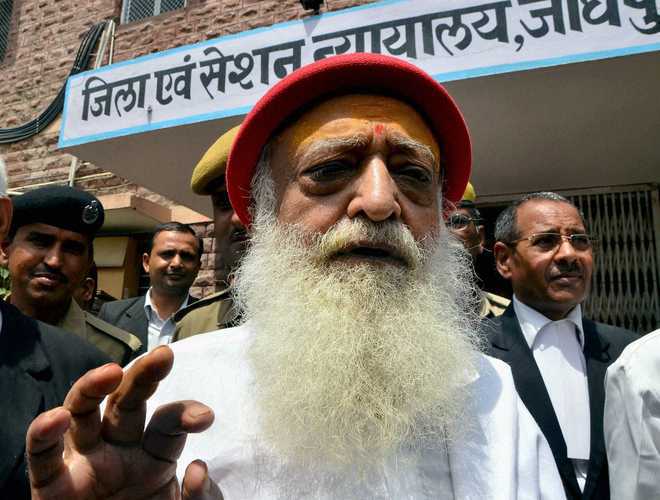 The Supreme Court Friday asked the Rajasthan government to respond to rape convict Asaram Bapu’s plea for permission to undergo treatment at an ayurvedic centre near Haridwar in Uttarakhand.

While making it clear that it was not inclined to grant two-month interim bail by suspending his sentence to enable him to get “holistic” treatment of his multiple ailments at a medical centre of his choice, a Bench headed by Justice BR Gavai issue notice to the Rajasthan government and posted the matter for hearing on Tuesday.

Asaram was arrested in Indore and brought to Jodhpur on September 1, 2013. He has been under judicial custody since September 2, 2013.

A Jodhpur court on April 25, 2018, sentenced Asaram to life in prison after finding him guilty of raping a teenage girl in his ashram in 2013. His accomplices Sharad and Shilpi were sentenced to 20-year imprisonment in the same case. He was also convicted in a 2002 rape case and sentenced to 20 years in prison. He is also facing a rape case in Surat in Gujarat.

Asaram has challenged the Rajasthan High Court order dismissing his plea for suspension of sentence to undergo treatment.

“I am here for interim bail. I am an 83-year-old man serving a life term and there has been a history of medical ailments,”  senior advocate Siddharth Luthra submitted on behalf of his client, Asaram Bapu. “Give him two months to recuperate. This is the limited relief I am seeking. Today he needs holistic treatment,” he said.

“We are not medical experts,” the Bench said and went on to issue notice to the Rajasthan Government.