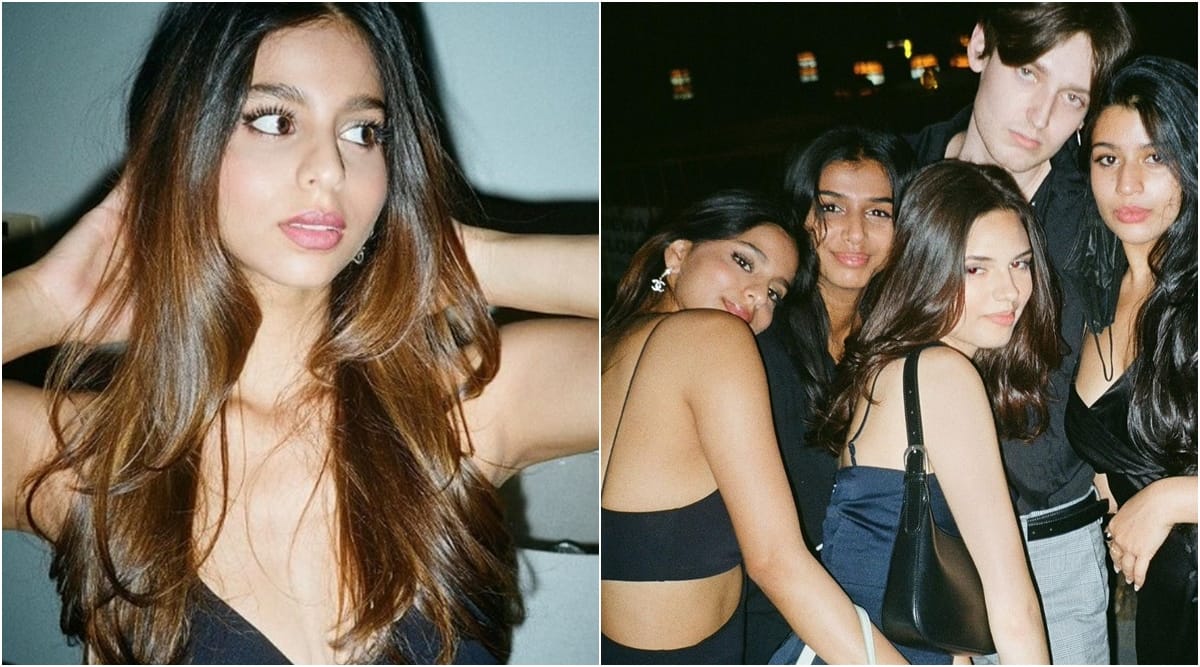 Shah Rukh Khan’s daughter Suhana Khan is already a social media celeb. The star kid, who recently turned 21, has left not just her fans and followers, but even her best friends from Bollywood swooning. Suhana, on Wednesday, posted a new click in black which soon went viral.

Wearing a black dress, the photo is presumably from a party Suhana attended with her friends in TAO Downtown Restaurant in New York City. While actor Ananya Panday wrote “Wait whaaaat.” She added, “You’re like the prettiest person ever.” Navya Naveli Nanda commented “OH HELLO.”

Others like Bhavna Pandey, Maheep Kapoor, Deanne Panday, Rameet Sandhu and Natasha Poonawalla also dropped emojis. We also got hold of Suhana’s clicks from her friends’ accounts who partied with her. Check out some more pictures of the young girl.

Few days back, Suhana posted a throwback video with her younger brother AbRam, wishing him on his birthday. AbRam turned eight on May 27.

Suhana is quite a regular on Instagram and often gives a sneak peek into her personal life and many talents. She was seen jamming on Justin Bieber’s “Peaches” in her New York classroom, in a video she posted this week.

Suhana is currently in New York with her mother and brother Aryan Khan. She is completing her film studies at the Tisch School of the Arts of New York University.

As many as 36 candidates including Ph.D., B.Tech. And M.Tech students are involved in developing this project for the...
Read more
National

While commercial division has recorded impressive disposal rates, the appellate division lags behind  Disclaimer: This post has not been edited by our staff and is...
Read more
World

Actor Aayush Sharma took to Instagram and informed his followers about the death of his grandfather, former Union minister Pandit Sukh Ram. He had...
Read more
Trending

Actor Aayush Sharma took to Instagram and informed his followers about the death of his grandfather, former Union minister Pandit Sukh Ram. He had...
Read more

Sakshi Tanwar says she did not attend any weddings for 8 years while shooting Kahaani Ghar Ghar Kii: ‘I wouldn’t get time’

Actor Sakshi Tanwar’s career is flourishing with her appearances in several web shows and movies. But before moving to the big screen and digital...
Read more

Lock Upp winner Munawar Faruqui had promised fans that he would tell them more about his girlfriend once the Kangana Ranaut-hosted show ends. He...
Read more

Rapper Young Thug co-founded a violent street gang and promoted it in his songs and on social media, prosecutors allege in a sprawling indictment...
Read more
- Advertisement -