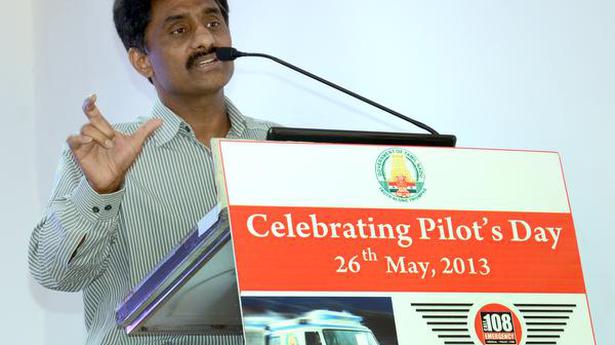 The State Government on Monday transferred Director General of Police, Training, Md. Shakeel Akhter and posted him to head the Crime CID, the premier investigation agency of the Tamil Nadu police.

Mr. Shakeel is a 1989-batch IPS officer and has served the State police in different capacities, including ADGP, Crime, Chairman & Managing Director, Tamil Nadu Police Housing Corporation etc. He led the special team of the Tamil Nadu police that shot dead the dreaded Al Umma activist Imam Ali and his supporters in Bengaluru in 2002. He is a Z-Scale protectee and recipient of the President’s Police Medal for Distinguished Service in 2014.

Among other transfers, the government posted Special DGP P. Kandaswamy as Director, Directorate of Vigilance & Anti-Corruption in the existing vacancy. ADGP M. Ravi, who was heading the Special Task Force was posted as ADGP, Administration, Chennai. Inspector-General of Police C. Easwaramoorthy was transferred and posted as IGP, Internal Security, Chennai, in the existing vacancy.

Mr Kandaswamy, as DIG on deputation with the Central Bureau of Investigation, headed the special team that arrested Amit Shah, who was then the Home Minister of Gujarat, in July 2010, in the Sohrabuddin fake encounter case. Mr Shah was later discharged from the case by the court.