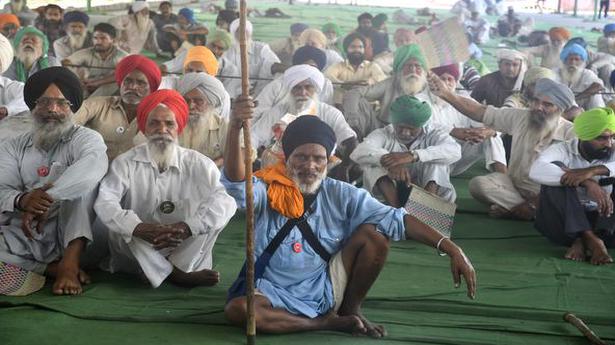 While the BJP has targetted the farmers’ unions over the murder of a young Dalit man at the protest site at the Singhu border in Haryana’s Sonipat, the Shiromani Gurdwara Parbandhak Committee (SGPC) — the body responsible for the management of all gurudwaras — on Saturday said the “unfortunate incident” was being used to tarnish the ongoing farmers’ movement.

SGPC president Bibi Jagir Kaur said the unfortunate incident would not have taken place had government been serious about resolving the issue of farmers. “Some people were deliberately trying to tarnish the image of the peasant struggle and as a result such incidents were taking place. Conspiracies are being hatched to discredit the peasant struggle, which is worrisome,” she said.

Punjab’s Deputy Chief Minister Sukhjinder Singh Randhawa, demanded an inquiry from a sitting judge into the incident. Hitting out at the BJP-JJP government in Haryana, he said the State government and police could not shrug responsibility for incident as they were accountable for law and order.

“This is very sensitive issue, which related to the religious beliefs of the people and on the other hand associated with the farmers who had been peacefully protesting from almost a year against the draconian farm laws of Centre government.. At this crucial juncture, it was very important to identify anti-social elements inciting religious sentiments and defaming the farmers agitation as these kinds of desperate attempts aimed to sabotage this most peaceful and well-disciplined agitation were already being made by some disgruntled elements,” he said.

On the other hand, BJP Punjab State president Ashwani Sharma blamed the farmer unions for the ‘rising violent and criminal incidents’ at the protest sites at the Singhu-Kundli on the Delhi border.

Terming the incident as unfortunate, Mr. Sharma said the farmer unions are responsible for the safety of people as they do not let the police to come near the people participating at the protests.

“The farmer leaders have been giving provocative speeches only to spoil the peaceful atmosphere of the country. The protest sites have become areas of heinous crimes and every time a crime is committed the union leaders immediately distance themselves from the crime. The recent murder of a ‘dalit’ is another example as the leaders have distanced themselves from Nihangs,” said Mr. Sharma here.