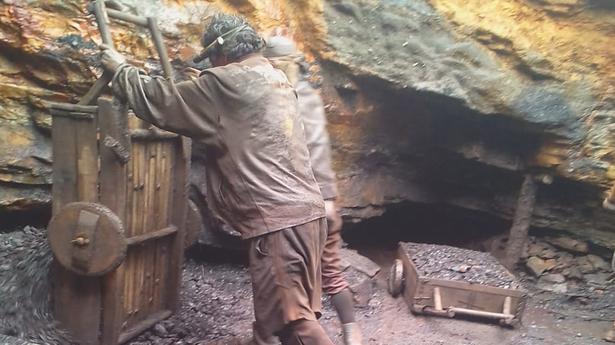 At least six labourers from Assam are feared trapped in a coal mine in Meghalaya’s East Jaintia Hills district.

On Monday, one Karimul Bari of southern Assam’s Cachar district told the police that one of his neighbours was among five-seven miners who died in a coal mine accident in Meghalaya two days ago. He also said their bodies lay buried 500 feet under the surface.

“We received information about a few labourers believed to be from Assam trapped in a coal mine. We have shared the information with the police in Meghalaya’s East Jaintia Hills district,” Cachar Superintendent of Police Nimbalkar Vaibhav Chandrakant said.

The Meghalaya police confirmed receiving the information. They said the mine had been identified as Sutnga Interior. The spot is about 1 km from Umpleng market.

East Jaintia Hills district’s Deputy Commissioner E. Kharmalki said they did not receive any official complaint about any miner trapped or dead in a coal mine.

“No one has informed us about people missing. Nor is there any written complaint. We don’t know who these people are, what are their addresses and who are their relatives. But we have not taken the information lightly and have asked a police team to verify,” he said from district headquarters Khliehriat.

Although the spot has been identified, the police could not carry out any search operation due to heavy rainfall.

“Hopefully, the weather will clear tomorrow [Tuesday] for the search operation to continue. The area has a few mines 400-500 feet deep and we may have to seek the help of the State Disaster Response Force,” Mr. Kharmalki said.

In April 2014, the National Green Tribunal banned the hazardous rathole coal mining in Meghalaya. But mining has continued illegally under the noses of officials, activists in the State said.

In December 2018, at least 17 miners – mostly from Assam – were killed after water filled a rathole mine they were extracting coal from. The ill-fated mine was at Ksan in the East Jaintia Hills district.

In January, six Assam-based miners died after a crane collapsed into the pit of a coal mine in the district’s Sorkari area.