Smoking can be injurious to your wedding plans 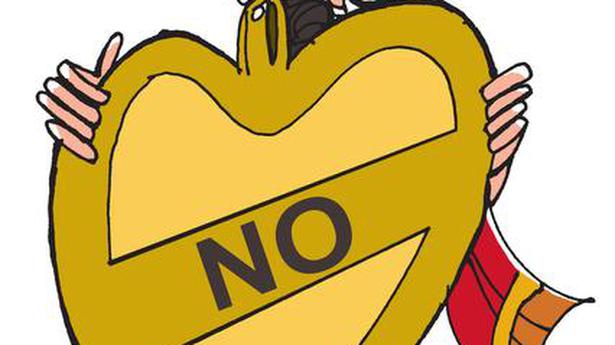 If you are a man of marriageable age and are addicted to tobacco, take note. You may struggle to find a bride in Kannur.

Several young college-going women in the district have decided to take an oath not to marry a tobacco user. The programme will be launched by the Malabar Cancer Care Society (MCCS) on World No Tobacco Day on Monday to help women spread word on the harmful impact of tobacco use. Around 300 women are expected to take part in the programme.

“My grandfather was diagnosed with a lung disease. Had my grandmother not helped him quit smoking, he would not have survived so long,” said Nischitha Das, a student of Sree Narayana Guru College, who plans to join the oath-taking ceremony.

“Many families crumble when their tobacco-addicted breadwinners fall victim to diseases,” said Arunima, a student of Payyanur College, who too has registered for the programme. “The addiction is rampant. But if women send across a strong message, they might make a difference,” she added.

D. Krishnanadha Pai, president, MCCS, said 30% of the cancer patients the centre reached out to were found to be using tobacco products. This was nearly 40% last year.

“Men consume tobacco more, but women suffer the most when its impact hits the family. Through such an oath, we are sending a reminder to tobacco consumers that a lot more is at stake,” he said.

Mr. Pai said that because of the lockdown, the oath would be taken online. People who have agreed to quit the habit, and those who have already done so, too would be part of the programme, he added.

Rapper and hip-hop artiste Naezy has released his new song “Hifzo Aman” with the aim to bring focus on...
Read more
National

Senior BJP member Raghunath Rao Malkapure has on Tuesday been appointed pro tem chairman of the Karnataka Legislative Council. The order which comes into...
Read more

Around 25 families lost their shelter on Monday night after the wall of a construction site collapsed on their temporary housing sheds in...
Read more

Chief Minister Pinarayi Vijayan has said that the government has planned several projects worth ₹600 crore to transform Kerala into a barrier-free State. While...
Read more
- Advertisement -