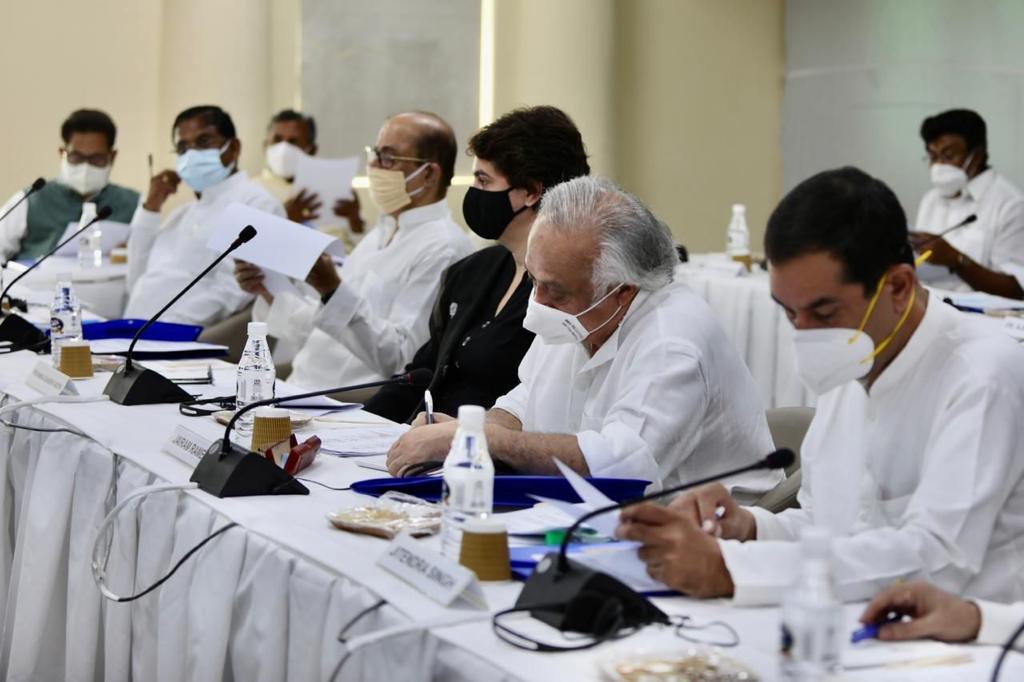 The Congress Working Committee meeting began here on Saturday under the chairmanship of party president Sonia Gandhi, 16 days after two leaders of the G-23 group demanded an urgent gathering of the higher decision-making body of the party to discuss the current challenges.

The schedule of the Congress’s internal elections along with the election to the post of party president, CWC, and central election committee, is expected to be taken up.

The last meeting of the CWC, held on January 22, had postponed the organisational elections until the Covid situation eased.

Today’s meeting is the first in a physical format since Covid outbreak.

Of late, the Congress has been faced with massive factionalism across state units in Punjab, Chhattisgarh and Rajasthan and the pro-revamp G-23 group has been active.

In Punjab, trouble continues between state party chief Navjot Singh Sidhu and chief minister Charanjit Singh Channi; in Chhattisgarh health minister TS Singh Deo is reminding the party of its promise to rotate the CM’s post after two and a half years of rule; in Rajasthan, former deputy chief minister Sachin Pilot is seeking accommodation while CM Ashok Gehlot looks the other way.

On September 29, G-23 leaders Kapil Sibal and Azad had demanded a CWC meeting urgently to discuss the challenges and also why leaders like Sushmita Dev were leaving the Congress.

“In our party at the moment there is no president. So we don’t know who is making these decisions. We know and yet we don’t know,” Sibal had said, adding that it was ironic how those who have left the Congress are the closest aides of Gandhis while those they think are not close to them are still in the Congress.

The CWC will also discuss the prevailing political situation in the country and the ongoing farmers’ protest.