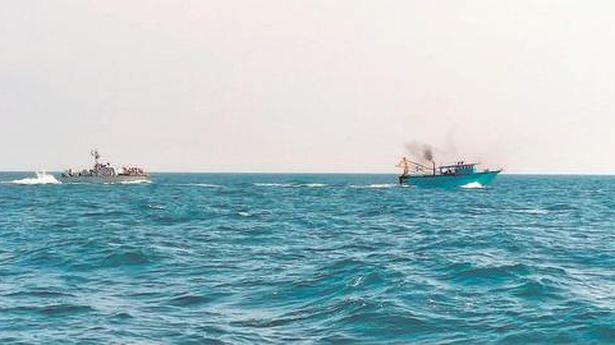 Sri Lankan Navy said on Sunday that 40 people aboard four Indian fishing boats allegedly tried to enter into the country’s waters, but were sent back to India.

“The Navy was able to prevent 40 individuals aboard 4 Indian fishing vessels, from their attempt to enter into Sri Lankan waters on 29th May 2021,” it said in a press release.

The group was sent back to their home waters along with their fishing vessels, it added.

It said the Navy has stepped up security in the island’s waters by increasing 24-hour patrols, “as there is a risk of the surge in the transmission of COVID-19 pandemic in the country due to attempts made by foreigners to arrive into the island via sea routes”.

Fishermen from both countries are arrested frequently for inadvertently trespassing into each other’s waters.