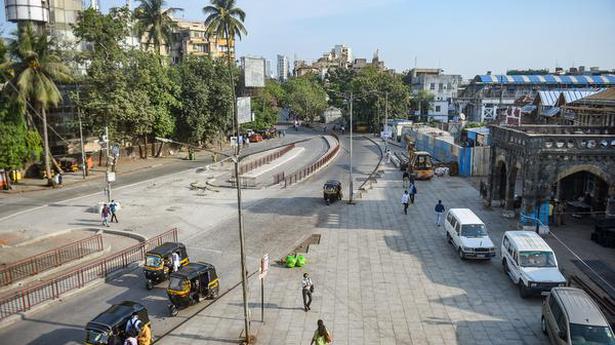 Stepping recklessly out of homes was akin to giving an invitation to a “third wave” of the pandemic, said Chief Minister Uddhav Thackeray on Sunday while informing that the government had decided to extend the lockdown-like restrictions till June 15.

Mr. Thackeray said the Central government must come up with a common policy on the conduct of exams in this period given the confusion on the State board and other exams.

“While a State where the situation under control may conduct exams, the situation has yet to stabilise in other States. While we will announce the decision on Class 12 board exams soon, there must be a a uniform policy on this. Some radical decisions need to be taken in education by the Centre just like the work from home (WFH) policy for corporates and private offices,” he said.

Noting that the increase in cases in some districts in the rural hinterland was a cause for concern and must be immediately stopped, the Chief Minister announced a “corona-free village” drive to check the contagion in rural areas.

“For some reason, there has been a gradual increase in cases in some districts in the rural parts. If every citizen here resolves to keep his or her home corona free, then eventually their village, and ultimately the State, will be free of the scourge. Popatrao Pawar in Hiwre Bazaar, Ruturaj Deshmukh in Mohol and Komal Karpe from Solapur have made their villages corona free. If they have been able to manage this, why not other headmen of other villages,” he said.

Remarking that despite a significant decline in cases and fatalities, he said the second wave was not yet fully under control and that steps regarding relaxation of norms must be taken carefully if the State was not to face a dire shortage of oxygen again.

“The second wave has been lethal, with the State witnessing 65-70,000 cases per day at its peak. In the case of a third wave, we will have to plan carefully if we are not to face any oxygen shortage again. As if these woes were not enough, we have been bedevilled by the spectre of mucormycosis.” He said the State had 3,000 cases till date of “black fungus”.

Mr. Thackeray said the recovery rate (which is above 93%) was higher than the rate at the same time last year, while the case fatality rate was lower — 1.65% this year as opposed to 2.65% last year.

“However, this time, it has been a ‘long COVID’ for many patients who required oxygen for a considerably longer period. We have increased the number of testing labs to 600 and considerably enhanced the ICU and oxygen beds. The beds have been increased to 4.5 lakh. But I still break into a sweat when I think of those desperate days a month ago when frenzied messages filtered in from districts stating oxygen there would last only a few hours,” the Chief Minister said, cautioning against any complacency in view of declining cases.

“The Maharashtra government is being lauded worldwide for its efforts in getting the second wave under control. The full credit for this goes to the public for if the public does not support the government, nothing can be achieved…I do not like the bitter task of imposing restrictions,” Mr. Thackeray said, exhorting the public to behave responsibly and adhere to COVID-19 behaviour.

Informing that 2.15 crore (of an estimated populace of 12 crore) had been vaccinated till date, Mr. Thackeray said the vaccination pace would pick up after June once the supply improved.

Floods and landslides have claimed 25 lives across three north-eastern States so far, with Assam being the worst hit.According to data provided by the...
Read more
- Advertisement -