Shrines should be left as they are, says Congress as Gyanvapi mosque survey begins 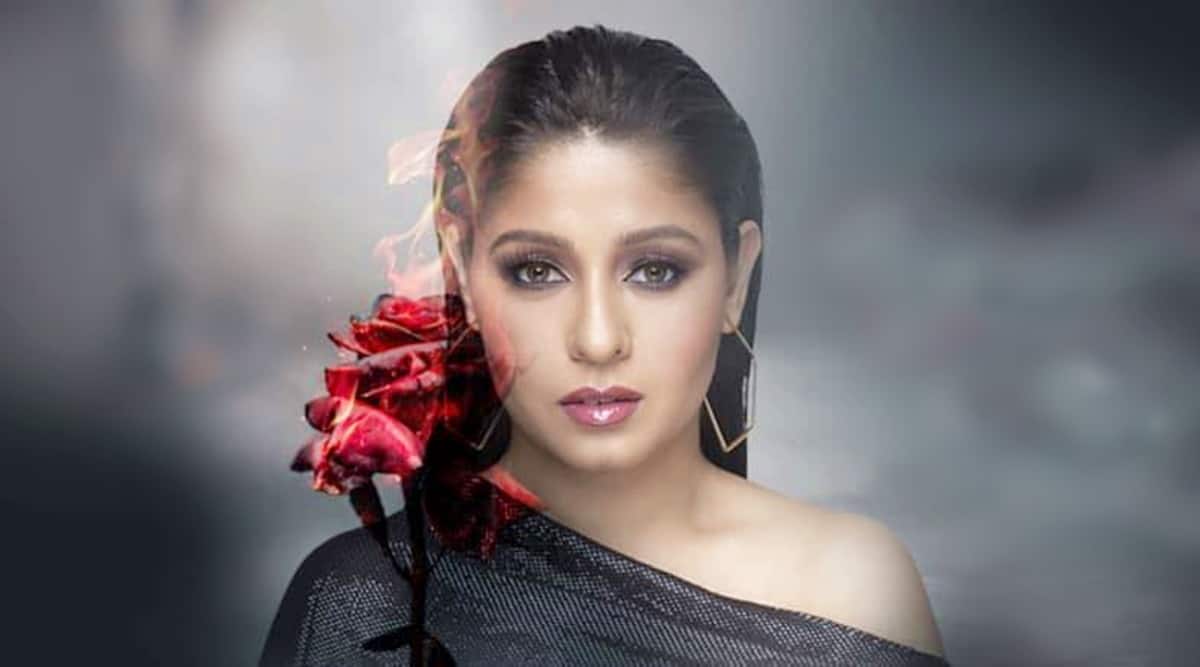 It’ll always be a challenge to pick one song by Sunidhi Chauhan as your favourite. The versatile singer, who’s been churning out chartbuster tracks for the past two decades, is praised for her distinct voice and her ability to go from heart-thumping high notes to the lowest with ease.

Sunidhi debuted as a Bollywood playback singer with “Ladki Deewani Dekho” from Shastra (1996) when she was barely 12. Having crooned in various languages from Hindi, English, Tamil, Telugu and Gujarati, Sunidhi has lend her voice to actors from Rekha to Alia Bhatt.

In an exclusive chat with indianexpress.com, Sunidhi got candid about her musical journey, if she ever faced criticism for her unique voice quality, and why she took 20 years to come out with her first solo single “Ye Ranjishein”, which released recently.

You’ve been around for 20 years. But this is the first time you released a solo single. What took you so long?

Film music kept me busy and I didn’t get time to think of doing something in the independent space. But thanks to the lockdown, I realised there’s more to explore. Honestly, in the last 20 years, I didn’t even feel like doing something in non-film space. This time I was ready. I met the right people at the right time. I was impressed by Shruti Rane’s composition and work. She’s so young. Also, I was very happy seeing a female composer. The whole blend sounded great and I couldn’t wait to sing it in the studio. That’s how “Ye Ranjishein” happened.

And how was it shooting in the Covid times?

We shot it in the month of January when there was a slight dip in Covid-19 cases. For the first time in last three and a half years, I was leaving my son and going out to work. That was a huge pressure. We shot for two days. Our director did fantastic planning. What you see in the video was poles apart from how the real location looked. It was a barren land with few properties. But, when I saw its first cut, I was blown.

Can we say all these years in the industry has made you camera confident? How important is it for singers today?

I thought I was confident. Before lockdown I was doing small appearances on TV, live shows and recordings. But I got out of touch post lockdown. So it was a difficult to face the camera. But my director told me to express through eyes and not to smile or act like a singer.

You’ve always been lauded for your distinct voice that probably has the biggest range in the current lot of singers. Has it been a challenge to maintain that spot?

I’m very proud of the songs that I’ve sung. They are all my babies. But the artiste in me feels that there’s a new beginning now. I’m a product of film music. But somewhere, you want to try new things. I’m at such a phase of my life. I would love to see how I sound in a ghazal, I’d love to sing a thumri. I know there are enough fans who are waiting to hear something different from me. This would be for them.

But anything extraordinary comes with its share of criticism. Have you ever faced any criticism for your unique voice quality?

I’ve heard criticism for many songs. It’s part of your career. You can’t please the whole world and I never paid attention to that and kept doing better. There must be somebody who didn’t like “Sheila Ki Jawani”. Music anyway is not about pleasing, it’s about creating something that comes out of your heart, putting faith in that song, and putting it out. If your heart manages to connect with the audience’s heart, the song becomes a hit. “Despacito” is a global hit. Did we understand the language? No. It was just the emotion and rhythm. Music has no language.

You’ve been around for over two decades. What has changed in the music scene and how are you adapting to it?

I’ve been adapting to all the changes. Good thing is people are more welcoming now. They are open to new and varied voices, new composers and new sounds. You don’t have to wait for a label or film song to put out your own music, even though films, and labels are so big in our country. With the help of internet and social media you can do that. There will be an audience for you. It’s a good time for music.

There’s also a debate that anybody can be a singer with auto tuning. What’s your take?

Anybody can’t be a singer because of technology today. Anybody can sound good with technology. Technology can’t create a singer, it can correct what’s sung wrong. There’s a difference. We need to trust the audience that they know how a song sounds, and how a singer sounds.

And what about the trend of remixes and recreations? Would you wish to move with the flow?

Recreation is good if it’s done tastefully. If you tamper with it, it won’t sound right and then you’ll find loopholes. But I will definitely vouch for original music so that we can have evergreen songs for the next 50 years. We recreate old original songs because even after doing it ten times, it’ll still sound great. But a saturation point will come. Why are we repeating when we have the talent and potential? We should stop playing safe, and have the guts to put your money and effort in making original songs. People are hungry for good music. So, if you do it, we’ll have a lot more music for future.

What’s been your most favourite collaboration?

Film music is not really about collaborating. Collaborating means you’re in the song from the process of making it, you give inputs from the beginning. I as a singer, come in the picture much later, after the song is ready, the production is done, the lyrics are written, the situation is set. I just have to come and sing it with the required feelings. In terms of collaboration, “Here is Beautiful” with Shalmali Kholgade has been great because we were in it from the start.

Finally, is there any genre left for you to explore or the kind of songs you want to sing?

I’m still exploring. “Ye Ranjishein” was one of the genres. Next could be a dance track or maybe a Punjabi track, a ghazal. I’m still working on it. Picture abhi baaki hai!

UP Police, SSB intensify vigil along India-Nepal border ahead of PM Modi’s visit to Lumbini

Mr. Modi will pay an official visit to Lumbini in Nepal on May 16 on Buddha Purnima at the...
Read more
National

Alia Bhatt is celebrating one month of marriage with Ranbir Kapoor. The actor on Saturday shared a new set of photos from her mehendi...
Read more
National

Alia Bhatt is celebrating one month of marriage with Ranbir Kapoor. The actor on Saturday shared a new set of photos from her mehendi...
Read more

Pankaj Tripathi opens up about his humble background, says he’ll never be able to ‘take a big loan to buy a fancy car or...

One of the most inspiring rags-to-riches stories in Bollywood has to be that of actor Pankaj Tripathi. Tripathi is one of the finest actors...
Read more

Actor Salman Khan has started the shoot of his next film and has shared a first-look picture on social media. Though the actor didn’t...
Read more

KGF producer reveals Chapter 3 will ‘start Marvel kind of universe’, says, ‘We want to create something like Spider-Man and Doctor Strange’

With KGF: Chapter 2 reigning atop the India box office for over two months, there is an update on the third installment of the...
Read more
- Advertisement -