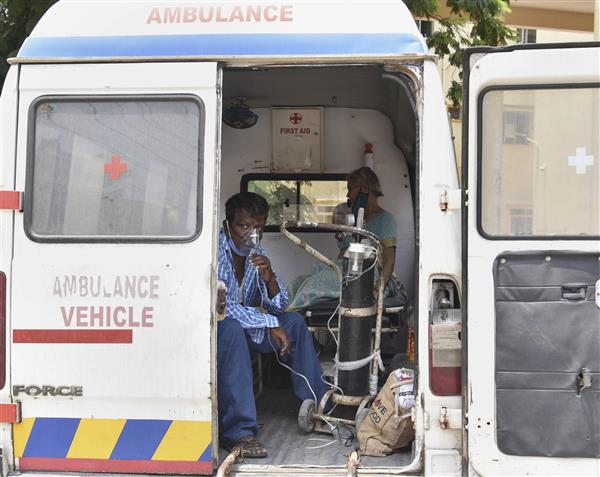 Reports from various places said the main focus is blocking of states border with a view to preventing the entry of patients in ambulances from neighbouring Andhra Pradesh. Such check posts have been set up at the Andhra Pradesh-Telangana borders.

Sources in the government have denied any such restrictions, while ambulance drivers and attendants said only patients with admission certification from Hospitals in Hyderabad were allowed to proceed. “The idea is to ensure that no patient comes to the state and then is left out of the hospitals becoming a threat for others,” an official said.

All this is being done after oral instructions and there is no government order in writing to block the entry of people from other states. Such checkpoints have been reported on the Telangana – Andhra Pradesh borders at Suryapet, Nalgonda, and other highways bordering Andhra.

In a statement former Andhra Pradesh Chief Minister Chandrababu Naidu said, “COVID-19 patients from AP going for treatment to Telangana are being stopped by Telangana police at the border. At Pullur toll plaza, ambulance being stopped for two hours is painful. The governments of the two states should work together to ensure that the lives of people are not at risk.”

In Hyderabad, while cine star NTR Junior has been reported COVID positive, another actor-journalist T Narasimha Reddy, popularly known as TNR, passed away on Monday due to COVID-19. He was just 45. Several Tollywood actors, directors, and producers have mourned his death.