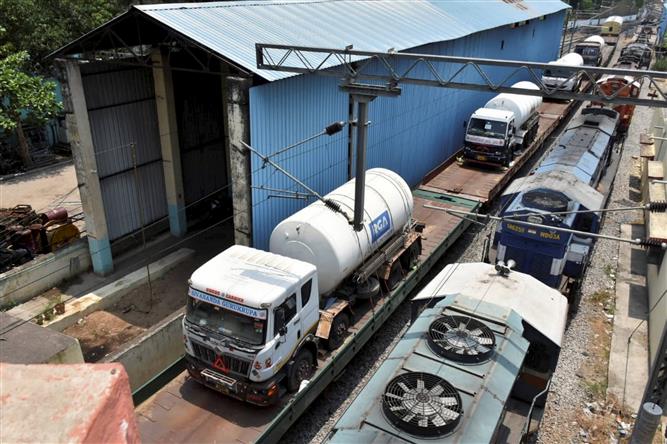 Telangana Chief Minister K Chandrashekhar Rao (KCR) has ruled out the possibility of imposing a lockdown in the state resulting in many states announcing a mandatory 14-day institutional quarantine for travellers from Telangana.

A similar order has been passed for people travelling from neighbouring Andhra Pradesh.

Telangana has requested the Centre for the immediate release of oxygen and vaccines to the state to check the spread of COVID-19 and look after the critically ill.

The state has decided to immediately import 12 cryogenic tankers each costing Rs 1 crore from China to ensure there is no oxygen shortage anywhere in the state.

The chief minister’s office said that KCR brought to the notice of the prime minister that the state is not getting oxygen from Sriperumbudur in Tamil Nadu and Bellary in Karnataka.

He also pointed out that with Hyderabad emerging as a medical hub, many people from Andhra Pradesh, Maharashtra, Karnataka and Chhattisgarh are making a beeline for treatment in the city that placed an additional burden on the medical infrastructure in Hyderabad.

The chief minister said 50 per cent of the patients in the city are from other states, and this resulted in an adverse impact on the availability of oxygen, vaccines, and Remdesivir injections.

Telangana chief minister has said that a lockdown would create a lot of hardship to the daily wagers and all those who lived from day-to-day on small earnings. The state has imposed a dawn to dusk curfew-like restrictions, but said there would be no complete lockdown.

At present, Telangana has 9,500 beds with oxygen that would be increased by another 5,000 beds within a week.

The chief minister has asked Chief Secretary Somesh Kumar to import 12 cryogenic tankers each costing Rs 1 crore from China and instructed him to complete the process immediately.

He said as many as 5,980 Covid outpatient centres were established at primary health centres and community and health hospitals in the state and asked people to utilise services at these centres.

Rapper and hip-hop artiste Naezy has released his new song “Hifzo Aman” with the aim to bring focus on...
Read more
National