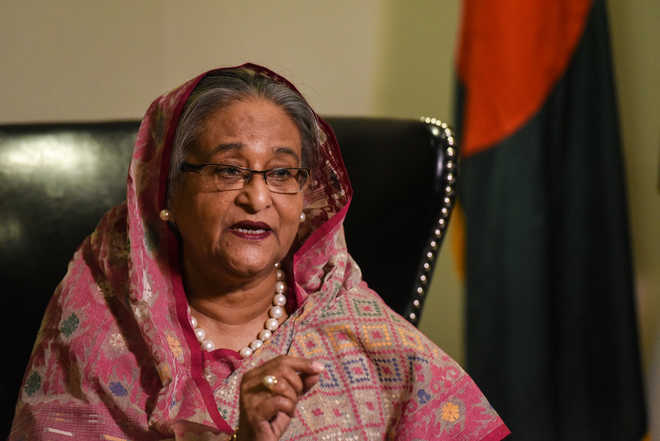 Even as India has sought action against the culprits for the attacks on Hindu temples and Durga Puja celebrations in Bangladesh, its Prime Minister Sheikh Hasina interacted with Hindus at the Dhakeshwari National Temple in Dhaka and assured them that the perpetrators would be hunted down.

Four people were killed in violence after some Hindu temples were vandalised during Durga Puja celebrations, prompting Bangladesh’s Prime Minister Sheikh Hasina to deploy paramilitary force in 22 districts on Thursday.

The MEA had described the reports as “ disturbing’’ but had also appreciated the Bangladesh Government’s prompt deployment of the law enforcement machinery.

“We are getting a large amount of information. This is an era of technology and those involved in the incident will definitely be tracked down with the use of the technology. The incidents in Comilla are being thoroughly investigated. Nobody will be spared. It doesn’t matter which religion they belong to. They will be hunted down and punished,’’ said the Bangladesh PM during the visit to the temple in Dhaka.