The Band that Sauntered into the Hornet’s Nest 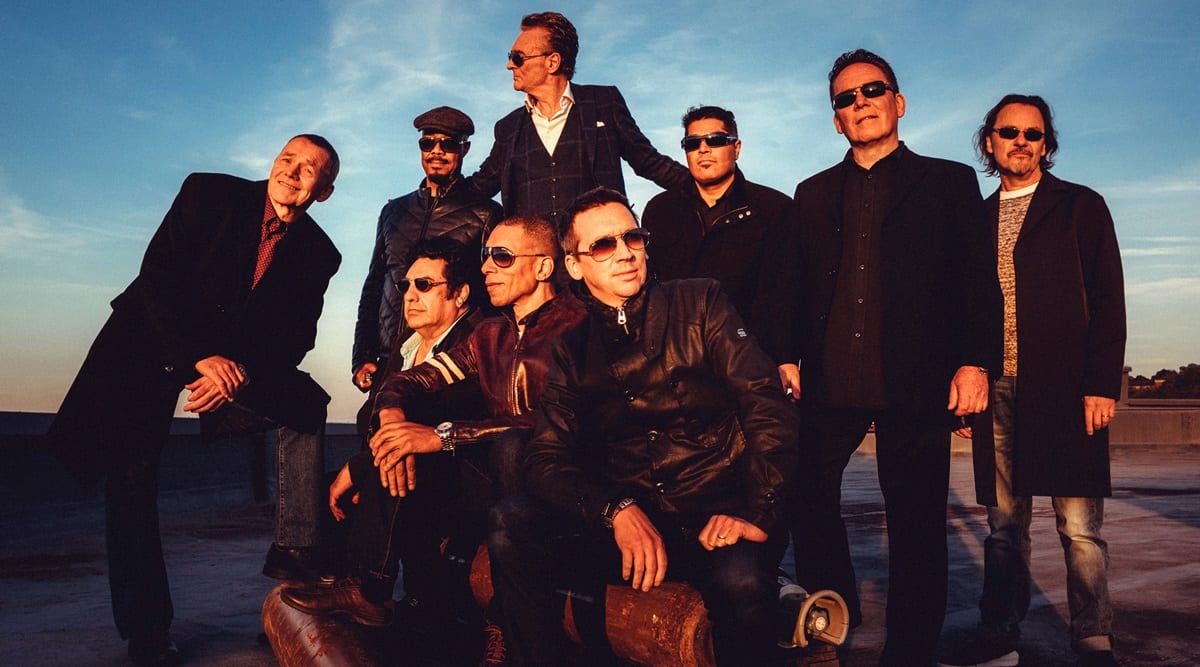 In Balsall Heath — a diverse multi-cultural working-class neighbourhood with a huge student population in the Birmingham of the late ’70s and ’80s — there wasn’t much to do for many, much like several others in the UK at the time. The economy was stagnant and jobs kept plummeting as a result of the energy crisis caused by a surge in oil prices post an embargo from the Middle East. The crisis led to stagflation, where inflation rose in line with unemployment. In this setting, in 1978, a bunch of boys — vocalist Ali Campbell, his brother Robin Campbell, percussionist Jimmy Brown, bassist Earl Falconer and saxophone player Brian Trevors along with a few friends — sang about what they saw around them — racism and racial segregation, growing industrial disorder, unemployment, talks of revolution and Margaret Thatcher’s policies that heightened inequalities amid an unsteady economy.

Since none of the boys had jobs, the eight members of the band called themselves UB40, meaning Unemployment Benefits Form 40 — the form filled out for claiming unemployment benefits at the time. The name caught on and so did the music. The lyrics were political, the sound — chosen from a bouquet of bhangra, Bollywood music and Jamaican melodies that dominated Balsall Hall due to a huge influx of people from India, Pakistan and Jamaica to fill up post-war labour shortages — was reggae. According to the band members, the Windrush generation in the neighbourhood — who arrived from the Caribbean — had more impact than the rest. And UB40’s rebel music began to fall in place. “As these people started settling in, the area just came alive with so much colour and music. It was the best education you could possibly have and it was a privilege to be there,” says Brown in a Zoom conversation with The Indian Express.

As for the music, Robin Campbell says UB40 has not changed.

But UB40 wasn’t doing reggae exactly the Jamaican way. They were different because they were not Jamaican and their own influences merged with what they understood of reggae — Jamaican music that evolved from ska and rocksteady and was strongly influenced by jazz and blues. Over the years, many successful lilting reggae pieces such as Red Red Wine and Can’t help falling in love with me (which became a title for Sharon Stone’s film Silver), Madam Medusa (a song for Thatcher), and Kingston Town turned the band into a significant entity. The Beatles were already a phenomenon by now. Amid that, 50 UK hit singles and four Best Reggae Album Grammy nominations made matters impressive. “We have been definitely political and we had quite a few things that we wanted to talk about. A lot of those things that we were saying are universal and still applicable,” says Robin.

Forty years later, the band, which is minus Ali Campbell, who left due to management and business disputes in 2008, keyboardist Micky Virtue and percussionist and trumpeter Astro who followed him, is still attempting to go strong. Ali, the frontman, was replaced by his brother Duncan while Brian Trevers and Norrman Hassan continued from the old lineup. But a few years later, Ali began touring as UB40 with Astro and Virtue, and the matter went to court as Robin and his bandmates believed that Ali was confusing people by using the same band name. In 2011, five members of the band, including Ali, declared bankruptcy and owed money to the record label. The legal battle has continued and a massive war of words has been exchanged by the brothers in public through a series of press statements. “It was traumatic when he left. But we have absolutely moved on. There is nothing unusual in someone leaving a band. Yes, we were in shock. Not that we didn’t know he was going. We knew we were going to continue, we weren’t quite sure how. Thirteen years on we are enjoying as much if not more. We are proud of what we are doing musically,” says Robin. The band’s last album was titled For the Many (2019), a take on one of Labour Party’s slogans.

UB40 is now out with a new album titled Bigga Baggariddim, a fresh take on their 1985 album Baggariddim, featuring guest artists who appeared on the 1985 album and new reggae artistes from Jamaica, New Zealand, and India, among others. Zorawar Shukla (General Zooz) of Reggae Rajahs has collaborated on one of the band’s pieces — Roots Rock Reggae. The album will release on June 25. “We never thought India had a reggae scene despite growing up in a neighbourhood where we heard a lot of Indian music. Back then we thought that it was us and Jamaica doing it. But everywhere we go, it has been adapted, including India. And that local flavour is so interesting to hear,” says Robin. When the band toured in 2016 they discovered Reggae Rajahs, who opened for the band in Mumbai. Shukla, meanwhile, heard UB40 when he was a young boy in school. “My parents were into a lot of English music so my interest stemmed from there. After we opened for UB40, they kept in touch. So when they were looking for guest vocalists, they got in touch and asked us to represent India,” says Shukla. He adds that reggae in India has been a fun genre, a laid-back happy sound, but has never been pushed or approached from a cultural angle in terms of philosophy. “Reggae not just a chill island vibe. And we attempted to represent it through the culture,” says Shukla.

As for the music, Robin says the band has not changed. “It does evolve and changes subtly but we still write as a band and we still play music by jamming as none of us can read or write music. In essence, it’s absolutely the same,” says Robin. “Politically, the messages we had back then haven’t changed at all because we are saying the same things that we were 40 years ago. In the end, it’s about haves and have-nots,” says Brown.

The political lyrics back in the day were spoken of in hushed awe by many. But no one factored in MI5 — UK’s security service — into the band’s life. Earlier this month, Brown alleged that MI5 had bugged the reggae band’s phones and put them under surveillance, fearing that the band was plotting a socialist revolution through their songs. The story had come out after MI5 whistleblower David Sheylar, a former officer at the agency, spilled the beans some years ago. The band wasn’t aware of any surveillance until then. Brown says. “I thought the whole thing was ludicrous. It just showed how out of touch with reality these spooks were. It makes me think that if there actually was some kind of anti-establishment plot being cooked up somewhere, they wouldn’t have a clue about it because they were too busy watching a bunch of pot-head reggae musicians. They must have some serious siege mentality if they felt under attack from us,” says Brown. So far, the band isn’t suing. Though Brown had said that they did think about it.