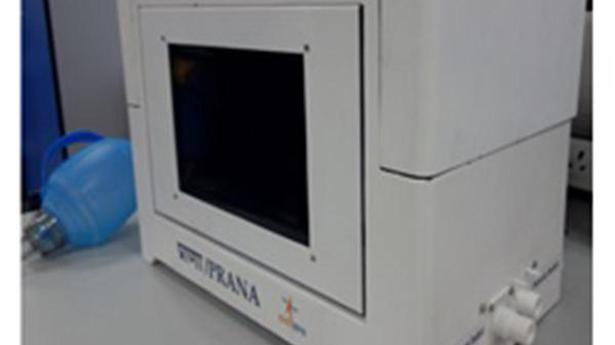 Three mechanical ventilator models and a portable medical oxygen concentrator (MOC) developed by the Vikram Sarabhai Space Centre (VSSC), Thumba, as part of the battle against COVID-19 are expected to be ready for technology transfer by the end of this month.

Multi-disciplinary teams of space scientists at the ISRO facility had begun working on the ventilator designs – christened PRANA, SVASTA and VaU (read as Vayu) – following the outbreak last year. They should be ready for technology transfer by May-end, VSSC director S. Somanath told The Hindu. ”Tests have been completed on the ventilator models, although the documentation is pending. The MOC is ready for technology transfer,” he said.

Short for ‘Space Ventilator Aided System for Trauma Assistance,’ SVASTA is designed to work without electric power. The system operates on compressed air and achieves different modes of ventilation through mechanical settings alone, according to a concept note on the model.

The design of ‘PRANA’ – standing for ‘Programmable Respiratory Assistance for the Needy Aid’ – is based on an Ambu bag (a commercial manual respirator bag). PRANA delivers oxygen-rich air to the patient by automated compression of the Ambu bag using an actuator.

VaU, a pneumatic circuit-based system expanded as ‘Ventilation assist Unit,’ is a more ambitious project which eyes a low-cost, state-of-the art ventilator which can match the high-end, expensive ones in the market. VaU is a dual-mode ventilator that can work with either medical oxygen from the hospital or with ambient air. It can be used either as an ICU ventilator or as a portable or home ventilation unit. VSSC is collaborating with other ISRO centres on VaU.

The lead ISRO centre for launch vehicles such as the Polar Satellite Launch Vehicle (PSLV) and the Geosynchronous Satellite Launch Vehicle (GSLV), the VSSC had taken on the ‘ventilator challenge’ in April 2021, following a surge in demand for the life-saving device during the first wave. The pandemic had forced ISRO to put off several space missions last year, which allowed the scientists to work on the ventilators. ”A lot of the work was carried out on ‘work-from-home’ mode during last year’s lockdown,” Mr. Somanath noted.

Developed by VSSC, ‘Shwaas’ is a portable Medical Oxygen Concentrator (MOC) capable of continuously delivering enriched levels of oxygen than in air to patients with respiratory problems or those requiring oxygen therapy.

”The device has undergone all the system-level reviews and it meets the WHO standards defined for medical oxygen concentrators,” according to the VSSC.

Sunera Technologies Inc., which has three Centres for Digital Acceleration (CDA) in the city, plans to invest $100 million in co-creating innovation for its...
Read more

The Krishna district police will organise a ‘Dine with family members’ programme with the staff at all police stations. Officers will invite the family...
Read more

The government is exploring the possibility of shutting down private pharmacies on the premises of State-run hospitals. A list of such pharmacies has been...
Read more
- Advertisement -