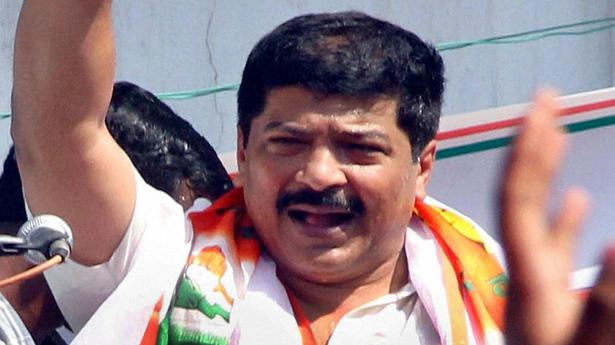 The BJP leadership in Tripura has launched COVID-19 linked welfare activities in Assembly segments held by party’s rebel legislators. They have apparently targeted MLAs Sudip Roy Barman, Asish Kumar Saha and Sushanta Chowdhury to corner them in their own turf.

Though the party is avoiding organisation programmes due to pandemic restrictions, it began mobilising leaders and cadres to distribute masks, sanitizers and food packets to destitute people in constituencies like 6-Agartala, Bardowali and Majlishpur without inviting the local MLAs.

Party State president Manik Saha is regularly visiting Bardowali to hand out relief. Asish Kumar Saha won from the constituency five times in a row, but Dr. Saha is reportedly expecting the party’s nomination in the next Assembly elections slated for February 2023.

Similarly party leader and Chairman of the State-run transport corporation Dipak Majumder led a relief distribution programme in the Majlishpur constituency on Sunday. A bike rally by party supporters escorted him to the area.

BJP’s women wing leader Papia Datta handed out aid to the poor in the 6-Agartala constituency of former Health Minister and MLA Sudip Roy Barman. Mr. Barman, who was axed from the Cabinet headed by Chief Minister Biplab Kumar Deb in 2019, has been leading the dissident camp in the party.

The rebels have been demanding certain changes in the Cabinet and the party and the high command did not concede the demands despite initially organising meetings to sort out differences.

Sources said the BJP is unlikely to renominate rebel MLAs and has been considering a batch of leaders to replace them. They said the party has also decided to not implement longstanding expansion of the Cabinet to check further resentment among MLAs.

Interestingly, the dissident MLAs except one (Ram Prasad Paul) and their possible replacements are all Congress turncoats.