Trump permanently shuts down his social media site after a month 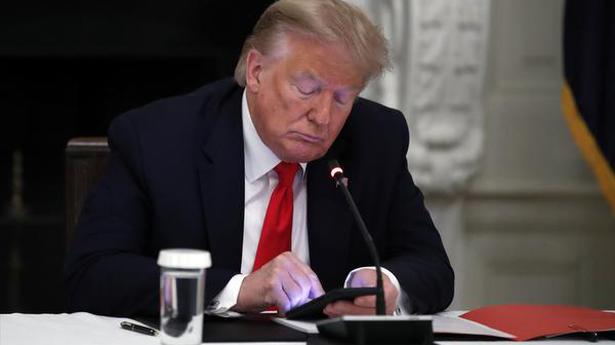 He may join another social media platform soon, says his spokesperson.

Donald Trump has permanently closed his blog, a webpage where the former U.S. President shared his fiery speeches and statements after being banned by social media giants, including Facebook and Twitter.

The page titled “From the Desk of Donald J. Trump” has been removed from Mr. Trump’s website after going live less than a month earlier, his spokesperson Jason Miller told CNBC news on Wednesday.

“It was just auxiliary to the broader efforts we have and are working on,” Mr. Miller said, adding that the webpage “will not be returning”.

“Hoping to have more information on the broader efforts soon, but I do not have a precise awareness of timing,” Mr. Miller said.

Asked later whether the move was a “precursor” to 74-year-old Trump, a Republican, joining “another social media platform,” Mr. Miller said: “Yes, actually, it is. Stay tuned!”

The former President, who left office on January 20 indicating to run for the White House again in 2024, has long accused social media giants, including Facebook and Twitter where he had tens of millions of followers, of nursing a political bias and censoring conservatives.

Facebook, Instagram and other social media outlets also banned his account, alleging that his postings incite violence after a violent mob of his supporters stormed the Capitol on January 6.

Mr. Trump, who lost to his Democractic Party rival, Joe Biden in the November 4 presidential election, was accused of inciting riots in the US Capitol on January 6 which left five people, including a police officer, dead.

The short-lived blog, unveiled last month, was dubbed as a new “communications platform” at the time of its launch.

Mr. Miller had said that the “Desk” page was “a great resource” to find Mr. Trump’s statements, “but this is not a new social media platform.” Mr. Trump’s blog struggled to engage with the people on a large scale, NBC News reported a week after its launch, citing data compiled with BuzzSumo.

After being banned by Twitter in January in an unprecedented move, Mr. Trump slammed the California-based microblogging site, vowing that he and his support base would not be silenced.

At the time of permanent suspension, Mr. Trump, who is now based in his resort in Florida, had 88.7 million followers and followed 51 people.