Twinkle Khanna’s makeover by daughter Nitara goes viral: ‘I am clearly a glutton for punishment’ 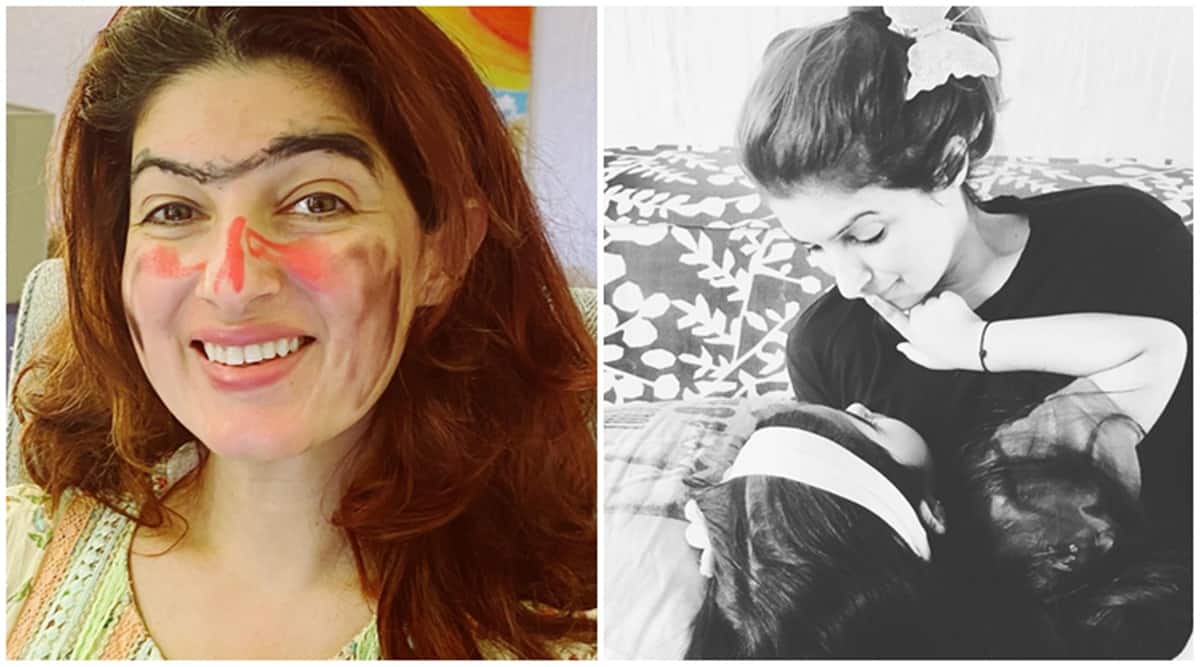 Twinkle Khanna and Akshay Kumar’s daughter Nitara Kumar is often a part of her mother’s social media posts, mostly with hilarious results. On Friday, Twinkle shared a photo of hers after she got a fashion makeover, courtesy her eight-year-old.

With streaks of red and black on her face, and not to miss the made-up unibrow, Twinkle wrote, “Another day and another makeover! I am clearly a glutton for punishment. And the little one has no future as a make-up artist! #FunnyMakeovers.”

In the comments section, Sikandar Kher reacted by saying, “You stunner you ⭐️????”, while Tahira Kashyap posted, “The little one is a visionary! Giving Frieda vibes????.”

In May last year, Twinkle had shared a similar photo and noted, “The little one has given me a fine makeover. Brows on fleek and all that jazz.”

Twinkle shared how the little one is adapting to the ‘new normal’. The doting mother, who is an author, newspaper columnist, interior designer, film producer and former Bollywood actor, also talked about parenting in her posts.

Twinkle is the daughter of veteran Hindi film actors Dimple Kapadia and Rajesh Khanna. She is married to Akshay Kumar since January 17, 2001, and they together have a son, Aarav Kumar, and a daughter, Nitara.