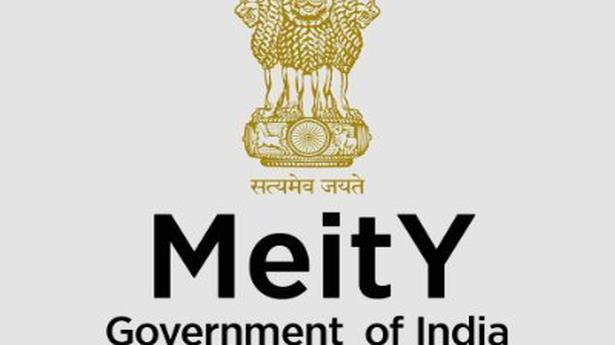 With microblogging platform Twitter on Thursday expressing concerns over “intimidation tactics” by Delhi Police and “potential threat to freedom of expression” in India, the government hit back, calling the statement baseless, false and an attempt to defame India to hide their [Twitter’s] own follies.

This follows a similar tiff between the government and messaging app WhatsApp on Wednesday after the latter filed a legal challenge to India’s new IT guidelines.

The U.S.-headquartered firm expressed concerns over “recent events regarding its employees in India” and said it plans to advocate changes in core elements of the new IT Rules that inhibit free and open public conversation. It, however, had added that it will strive to comply with the revised IT laws in India, but sought a minimum of three-month extension of compliance window.

In response, the Ministry of Electronics and IT (MeitY) said, “The Government strongly controverts the claims made by Twitter… India has a glorious tradition of free speech and democratic practices dating back centuries. Protecting free speech in India is not the prerogative of only a private, for-profit, foreign entity like Twitter, but it is the commitment of the world’s largest democracy and its robust institutions.”

The Ministry added that the allegation of use of “intimidation tactics” by the police are “completely baseless”.

The Ministry said that through its actions and deliberate defiance, Twitter seeks to undermine India’s legal system.

“Twitter needs to stop beating around the bush and comply with the laws of the land. Law making and policy formulations is the sole prerogative of the sovereign and Twitter is just a social media platform and it has no locus in dictating what India’s legal policy framework should be,” MeitY said.

It further pointed out that Twitter representatives in India routinely claim that they have no authority and that they and the people of India need to escalate everything to the Twitter headquarters in the U.S. “The purported commitment of Twitter, to its Indian user base, thus not only sounds hollow but completely self-serving.”

According to Twitter, with regards to the new IT rules, it is particularly concerned about the requirement to make an individual (the compliance officer) criminally liable for content on the platform, the requirements for proactive monitoring, and the blanket authority to seek information about its customers. It believes this represents dangerous overreach that is inconsistent with open, democratic principles.

The company also pointed out that it was compelled to withhold some content, constituting legitimate free speech, in response to a non-compliance notice due to the law’s limited scope under Section 69A. Not doing so poses penal consequences with many risks for Twitter employees.

Meanwhile, the government said the new rules empower ordinary users who become victims of defamation, morphed images, sexual abuse and the whole range of other abusive content in blatant violation of law, to seek redress. It also reiterated that these rules were finalised after widest possible consultations, including with representatives of social media platforms.

MeitY further noted that Twitter has a large user base in India and earns significant revenues from operations here. However, it is reluctant to appoint an India-based grievance redressal officer and mechanism, chief compliance officer and nodal officer, to whom its own users can complain, when they are subjected to offensive tweets.

“…The only instance of scuttling free speech on Twitter is Twitter itself and its opaque policies, as a result of which people’s accounts are suspended and tweets deleted arbitrarily without recourse,” the government said, adding that Twitter’s lack of responsibility has led to rampant proliferation of fake and harmful content against India and Indians.

“Twitter Inc., a U.S.A. based private company, in its communique says that it seeks “constructive dialogue”, “collaborative approach” from the government of a sovereign democratic republic to “safeguard interests of the public”. It is time that Twitter disabuses itself of this grandiosity and comply with the laws of India,” the government said, adding that it emphatically wants to assure the representatives of social media companies are and will always remain safe in India and there is no threat to their personal safety and security.