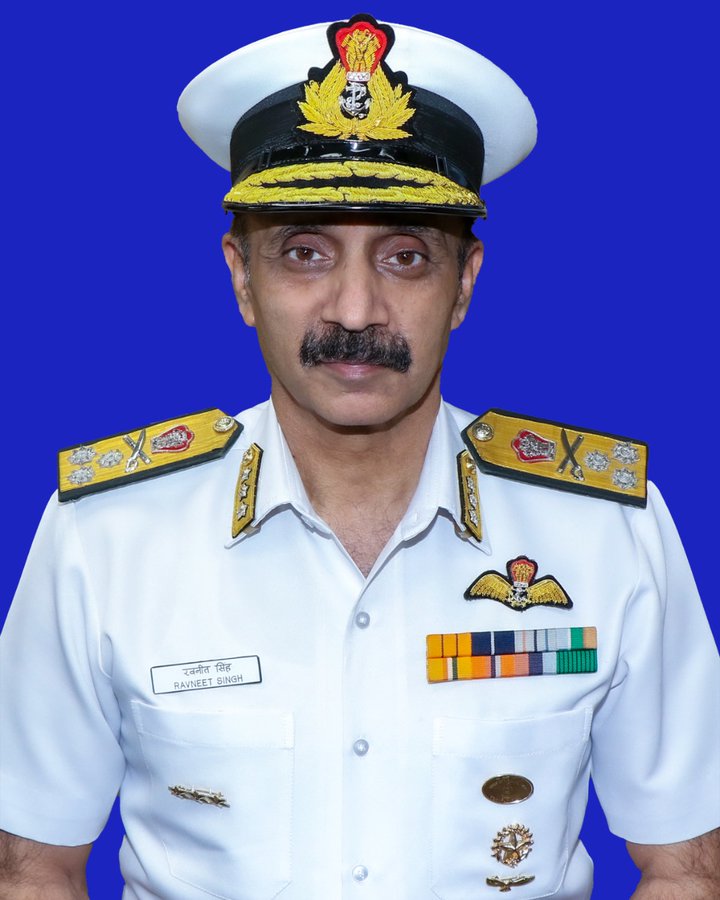 According to the Defence Ministry, he was commissioned into the Indian Navy on July 1, 1983, and specialised in aviation. The Flag Officer is a qualified flying instructor with Master Green instrument rating.

The Admiral has held various challenging Staff, Command, and Diplomatic assignments during his distinguished naval career, and has had wide-ranging experience onboard diverse platforms.

He has commanded various frontline ships and Naval Air Squadrons including INS Himgiri, INS Ranvijay, INS Ranvir, INAS 551B, INAS 300 as well as the premier Air Base, INS Hansa. Additionally, he was also appointed as the Indian Defence Advisor for Kenya, Tanzania, and Seychelles, from 2005 to 2008.

In the rank of Vice-Admiral, the Flag Officer has tenanted the appointments of Chief of Staff at Headquarters Western Naval Command, Mumbai, Director General Project Seabird, and Chief of Personnel at IHQ MoD (N).

The Admiral has undergone various courses in India and abroad, including the flying instructor courses at Tambaram, Staff Courses at DSSC Wellington, Harrier Conversion Courses at Royal Air Force Base, Withering UK and Project management Programme at IIM Ahmedabad”.

He was awarded commendation by the Chief of the Naval Staff in 2000 and has been decorated with the Nausena Medal (Gallantry) in 2004 and AVSM in 2017.