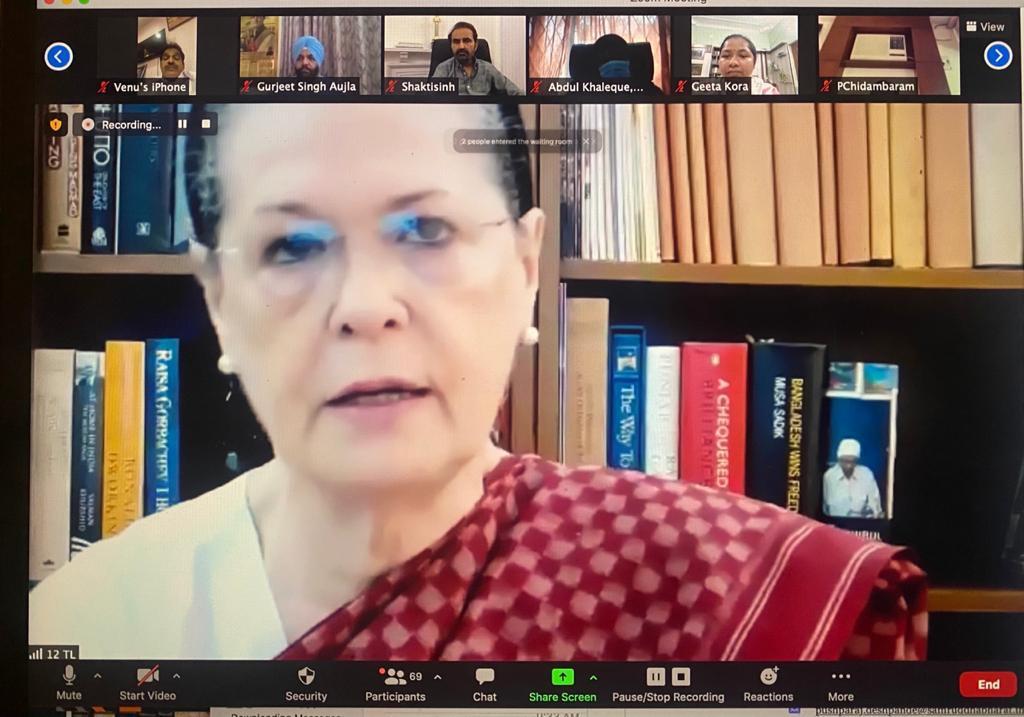 In her first meeting with party MPs after severe electoral setbacks in five states recently Congress president Sonia Gandhi described the losses as unexpected and said the working committee would meet soon for honest introspection.

Dedicating a short, last paragraph of her address to Congress MPs to the election debacles today, Gandhi congratulated rival TMC chief Mamata Banerjee for winning West Bengal, MK Stalin for leading the DMK-Congress alliance to victory in Tamil Nadu and even the Left for their win in Kerala.

“Friends, in closing, may I on your behalf congratulate Mamata-ji and Thiru M.K. Stalin and the Left for their handsome victories. Most unfortunately, our own performance in all the states was very disappointing and if I may say, unexpectedly so,” she said.

The Congress chief added that the CWC is meeting shortly to review the results “but it goes without saying that we as a party collective must draw the appropriate lessons from this setback in a spirit of humility and honesty.”

The Congress recently drew a blank in Bengal, in its worst performance having fought alongside the Left against TMC; failed to wrest Kerala and Assam from incumbents LDF and BJP and lost Puducherry to NDA.

In Kerala, a weak UDF led by Congress allowed CM Pinarayi Vijayan to script history by not just repeating a government for the first time in four decades but also winning the maximum ever seats for the Left since the formation of the Kerala assembly.

In Assam, BJP led by Sarbanand Sonowal became the first non-Congress government to return to power.

The 12th meeting of Interpol’s Match-Fixing Task Force (IMFTF), in which the Central Bureau of Investigation was one of...
Read more
National

Mega museum on Bhagavad Gita to be inaugurated in Hubballi

‘Bhagavad Gita Jnanaloka’, a museum dedicated to the wisdom of the Bhagavad Gita, with various shlokas being explained through illustrations, will be dedicated to...
Read more
National

‘If the Karnataka Government fails to fulfill our pending demand by June 19, we will go on an indefinite hunger strike outside the Deputy...
Read more
- Advertisement -