Why do you tattoo? 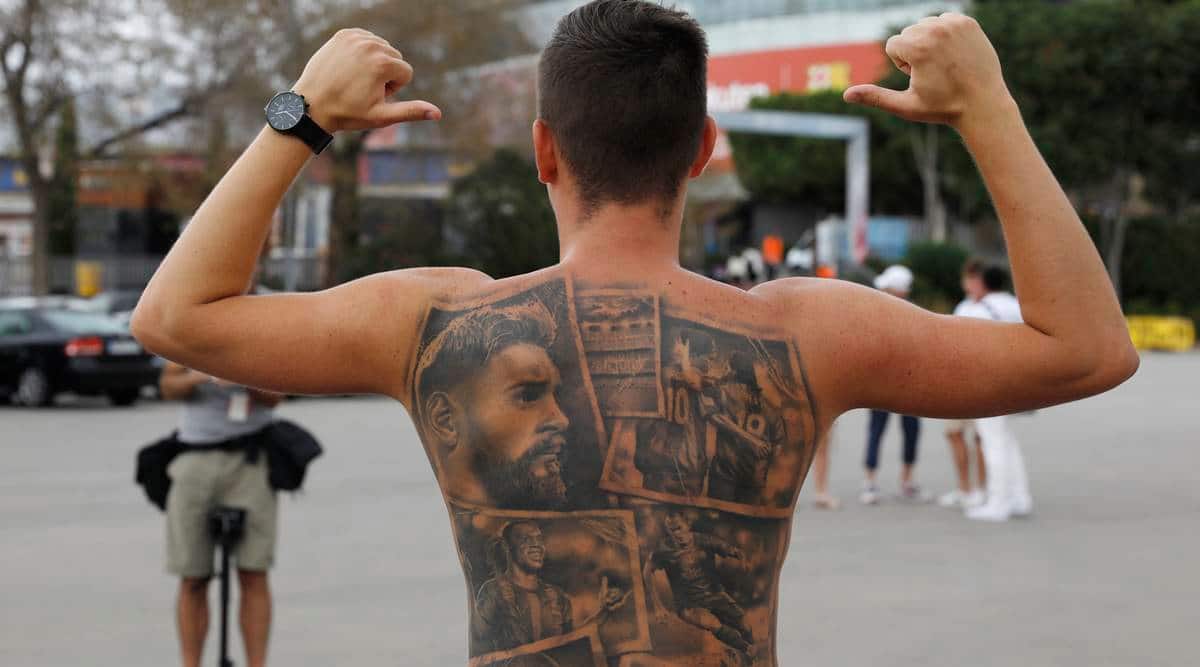 When Skylar Hertz, a junior at Purchase College, got a tattoo of Snoopy smoking a joint on her left calf, she was pretty sure it wasn’t something she wanted on her body forever.

As an aspiring actress, she felt that having a tattoo could shape the roles she is considered for. She also knew a permanent tattoo would upset her family. “I am Jewish, so obviously most of my family is not the biggest fan of tattoos,” Hertz, 20, said. (The Torah prohibits tattoos, and many rabbis and other members of the community are against the practice.)

Undeterred, she loved the idea of getting a tattoo. She chose Snoopy to honor her mother, who played the character in a production of “You’re a Good Man, Charlie Brown.” She added the joint to give it “a little twist.”

Instead of going to a traditional tattoo parlor, she headed to Ephemeral, a company with a studio in Williamsburg, Brooklyn, that uses a trademarked ink that fades nine to 15 months after it’s been applied; tattoos cost $195 to $450, depending on size.

Unlike other temporary tattoos, such as henna dye or stickers, Ephemeral tattoos, like permanent tattoos, are applied with needles and ink under the skin.

But some think the idea of a disappearing body art completely defeats the purpose.

Joanna Acevedo, 24, who works in an ice cream shop in Prospect Heights, Brooklyn, has more than 100 tattoos all over her body: “The only thing I don’t have tattooed is my chest.” Many of her designs are random, she said, listing “a crocodile, a cat skull, a barbed wire, the words ‘steak fry,’ an eagle, a cactus and an ice cream cone.”

“I like the fact that they are permanent because they are part of me,” she said. “They represent a moment in time, and I like living with all my history.” She equates tattoos she doesn’t like to scars, another remnant, she said, from bad choices you made when you were younger.

Despite the bravado required to committing to a permanent tattoo, regrets are as old as tattoos themselves.

Sometimes the fix involves a lot of effort, as with laser tattoo removal. “A laser light breaks up the tattoo particles and fragments them,” said Dr. Roy Geronemus, director of the Laser and Skin Surgery Center of New York. “It can take anywhere from two sessions to more than 10 sessions depending on the size of the tattoo. I did a woman this morning with a few areas on her finger that took me three to four seconds, and yesterday I did someone with a whole sleeve that took half an hour.” Geronemus said his patients don’t experience any pain with the local anesthetic.

“I do see a number of patients who have made decisions spontaneously without giving a lot of thought to the long-standing nature of what they’ve done,” he said. “A name that is no longer part of your life doesn’t belong on your body. In most cases the next partner doesn’t necessarily like the idea of the ex-partner’s name staring them in the face.”

Temporary tattoos are already fairly common in the cosmetic world. Microblading, for example, is a form of eyebrow tattooing done with a hand-held instrument. “The tool makes scratches the size of paper cuts that look like hair strokes,” said Piret Aava, owner of Eyebrow Doctor, a company that specializes in eyebrow and eyeliner tattoos. “It inserts a pigment — we call it a pigment, not an ink — that goes underneath the skin that you have to keep dry for a week until the skin grows on top of it and traps the pigment underneath.”

Depending on how quickly your skin metabolizes the pigment (along with your lifestyle and what kind of products you use), eyebrow microblading can last from one to three years, while eyeliner tattoos tend to stay put for three to five years because the skin is different on your eyelids than on your forehead.

Ephemeral’s fading ink was invented by two chemical engineers who specialize in protein, Brennal Pierre, 41, and Vandan Shah, 33. They met at NYU, where Pierre was an adjunct professor, and Shah was a Ph.D. candidate.

Their work began in 2014 when one of Pierre’s students, who was also Shah’s research assistant, was going through a very painful and expensive laser removal process for a tattoo, and he wanted to know if it would be possible to remove it with an enzyme.

Once the question was asked, Pierre and Shah were hooked. “It was so intriguing to us,” Pierre said. They spent the next seven years developing an ink that would be broken down by the body’s natural mechanism.

Ephemeral opened its first studio in Brooklyn in March. At the beginning of the summer there was an eight-month backlog to get a tattoo, according to the company.

“We have folks flying in from Mexico City,” said Jeff Liu, 33, the chief executive of Ephemeral. Since 2015 the company has raised more than $26 million, it said, and a second studio, in Los Angeles, will open on Oct. 24.

Permanent tattoos “are placed with a needle technique that penetrates the dermis, the lower part of the skin,” Geronemus said. “Once the ink is deposited, there is an inflammatory response that surrounds the ink particles and creates a matrix that allows the ink to stay and not migrate or disappear on its own. It’s inflammatory cells that surround the ink and allow it to stay put.”

Ephemeral’s ink is made of a material that the body naturally breaks down over time. The ink works in the similar way to biodegradable medical devices like stents used in implants or sutures used in stitches. These products, like the ink, are broken down naturally by available oxygen and water in the body.

“It was more than creating ink,” Shah said. “We had to understand how the body works, how it takes care of the ink, what the ink does when it goes into the body.”

For years, they tried different inks, tattooing simple lines and circles onto themselves. When they got closer to a product that worked, they asked four friends and a tattoo artist to participate in an informal trial.

After that they did a clinical study that was supervised and approved by an advisory board made up of chemical engineers and dermatologists.

While the engineers won’t reveal the exact makeup of the ink — “We don’t disclose our ingredients for proprietary reasons” — they said it’s similar to the stitches injured people get that are made of biodegradable materials that can dissolve safely into the body.

Pierre and Shah said they only used components in their ink that are approved by the Food and Drug Administration to be used in other products like cosmetics or medical devices. The FDA doesn’t approve tattoo ink, and Dr. Marie Leger, a dermatologist in New York, said, “In the United States, tattoo companies don’t have to disclose ingredients.”

Pierre and Shah are constantly trying to improve the ink. The company won’t let clients put tattoos on their hands or feet or faces because these locations haven’t been thoroughly tested.

Ephemeral estimates that over half of its clients are people getting their first tattoo, like Barbara Edmonds, 27, who works for a media sales company and lives in Greenpoint, Brooklyn. “I am a commitment-phobe,” she said.

So when she learned about Ephemeral on Instagram, it piqued her interest. “Their tag line is ‘Regret Nothing,’ and that is basically why I decided to try it,” she said. On Aug. 7, she got a Claddagh ring, a traditional Irish symbol that represents love, loyalty and friendship, on her right forearm, just below her elbow.

“I’m having great fun with it,” she said.

Keith McCurdy, 35, an artist known as Bang Bang who has worked in New York City for more than 16 years, takes issue with Ephemeral. “A tattoo designed not to last potentially decreases the value of this art form, which historically struggled to gain the monetary value of other forms of art like painting or sculpture,” he wrote in an email.

Sue Jeiven, a tattoo artist in Brooklyn who goes by Sweet Sue, said tattoo artists, like sculptors and painters, strive to make beautiful art that will last. “We spend our entire careers trying to figure out the mystery of how to get nice, clean, solid lines to lay in the skin perfectly and stay forever,” she said. “It makes me want to cry to see all this hard work just disappear.”

This article originally appeared in The New York Times.

How to make your interiors cooler and more stylish in summer

The need of the hour, or rather the season, is to spend more time at home to avoid the summer heat, and to make...
Read more

How to brainstorm brilliant ideas in teams – without sliding into ‘groupthink’

Creativity is among the most in-demand skills in the workplace.  It’s not surprising that top multinational companies are looking to hire inventive thinkers: Research...
Read more

Eva Mendes is a ‘kitchen freak’; actor opens up about her domestic life with Ryan Gosling and her kids